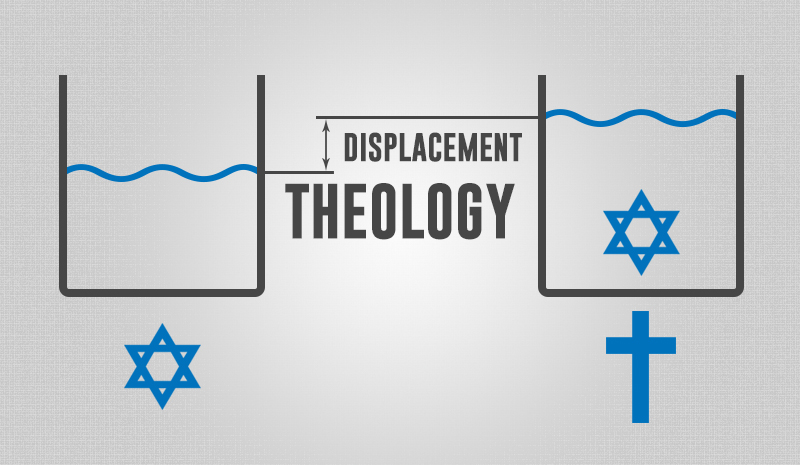 Many have heard of the false doctrine of replacement theology, that attempts to make a case that the Church as established by Christ has for it a destiny that includes moving in and replacing Israel in all of its inheritances established by God under the Abrahamic covenant. In this flawed model, it is held that since Israel was a spiritual adulteress against the Lord, she forfeited all of her blessings that God ensured Abraham. They would further have us believe that when Christ came along, He established His Church, and simply transferred these blessings to the Gentile Church. This doctrine is wholly unbiblical, and calls into serious question the Lord’s honor, integrity, and patience. God’s promise to Abraham, on the contrary, was eternal:

The Abrahamic covenant was established between God and Abraham, but God Himself assumed the role of both parties in the ritual of the covenant, after putting Abraham into a deep sleep.

Now when the sun was going down, a deep sleep fell upon Abram; and behold, horror and great darkness fell upon him. Then He said to Abram: “Know certainly that your descendants will be strangers in a land that is not theirs, and will serve them, and they will afflict them four hundred years. And also the nation whom they serve I will judge; afterward they shall come out with great possessions. Now as for you, you shall go to your fathers in peace; you shall be buried at a good old age. But in the fourth generation they shall return here, for the iniquity of the Amorites is not yet complete.”

And it came to pass, when the sun went down and it was dark, that behold, there appeared a smoking oven and a burning torch that passed between those pieces. On the same day the Lord made a covenant with Abram, saying:

“To your descendants I have given this land, from the river of Egypt to the great river, the River Euphrates— the Kenites, the Kenezzites, the Kadmonites, the Hittites, the Perizzites, the Rephaim, the Amorites, the Canaanites, the Girgashites, and the Jebusites.” – Genesis 15:12-21

Typically, both parties would establish a covenant with each other by each of them walking between the pieces, which sealed them both with their lives, holding them to the covenant. However, God was telling Abraham that this covenant would be upon His very name, and Abraham had no responsibility in it! God was saying that should this covenant be broken, He alone would pay the price with His life, for Abraham’s failure. There was nothing temporary or subject to nullification in this covenant, lest God be a liar and a hypocrite. Nothing could destroy it, and nothing could render it void. And when Israel failed to uphold her end of the bargain, God in fact paid their debt with His blood through His Son Jesus Christ on the cross.

As we have discussed recently, the Hebrew Roots (HRM) doctrine holds a different view. One could summarize it as a form of “reverse replacement theology” where it is Israel who displaces the church. The HRM teaches that Gentiles who become saved must abide by the laws of Moses established by the Sinaitic or the Mosaic covenant. This view is equally flawed as compared to replacement theology. The term we have established for clarity is “Displacement Theology” to describe this view. HRM proponents hold that the ways, ceremonies, dietary laws, and all other components established under the covenant at Sinai must displace the ways and practices of Gentiles saved by Christ’s grace and sacrifice. This is of course seriously flawed, and defiantly contradicts scripture:

And when there had been much dispute, Peter rose up and said to them: “Men and brethren, you know that a good while ago God chose among us, that by my mouth the Gentiles should hear the word of the gospel and believe. So God, who knows the heart, acknowledged them by giving them the Holy Spirit, just as He did to us, and made no distinction between us and them, purifying their hearts by faith. Now therefore, why do you test God by putting a yoke on the neck of the disciples which neither our fathers nor we were able to bear? But we believe that through the grace of the Lord Jesus Christ we shall be saved in the same manner as they.” – Acts 15:7-11

Therefore, my brethren, you also have become dead to the law through the body of Christ, that you may be married to another—to Him who was raised from the dead, that we should bear fruit to God. For when we were in the flesh, the sinful passions which were aroused by the law were at work in our members to bear fruit to death. But now we have been delivered from the law, having died to what we were held by, so that we should serve in the newness of the Spirit and not in the oldness of the letter. – Romans 7:4-6

For the Scripture says, “Whoever believes on Him will not be put to shame.” For there is no distinction between Jew and Greek, for the same Lord over all is rich to all who call upon Him. For “whoever calls on the name of the Lord shall be saved.” – Romans 10:11-13

Christ has redeemed us from the curse of the law, having become a curse for us (for it is written, “Cursed is everyone who hangs on a tree”), that the blessing of Abraham might come upon the Gentiles in Christ Jesus, that we might receive the promise of the Spirit through faith. – Galatians 3:13-14

Therefore remember that you, once Gentiles in the flesh—who are called Uncircumcision by what is called the Circumcision made in the flesh by hands— that at that time you were without Christ, being aliens from the commonwealth of Israel and strangers from the covenants of promise, having no hope and without God in the world. But now in Christ Jesus you who once were far off have been brought near by the blood of Christ. – Ephesians 2:11-13

Certainly much more scripture could be posted in support of the freedom from the law bought with Christ’s perfect blood. It seems that more is said pertaining to this subject in the New Testament than anything else, save Christ and His gospel itself!

Scripture makes it clear that Israel and the Church are two entirely different establishments, with two entirely different destinies as established by God. Israel is still very much loved by the Lord, and is still, according to the eternal promises given to Abraham, God’s chosen people under the eternal covering of His covenant. He will return to claim His lost sheep of Israel sometime in the future, when they cry out for Him to save them. The Church on the other hand, was established as the body of Christ. The gospel came for the Jews first, and then the Gentiles.

For I am not ashamed of the gospel of Christ, for it is the power of God to salvation for everyone who believes, for the Jew first and also for the Greek. – Romans 1:16

The Church does not distinguish between Jew or Gentile, and all are welcome who believe and accept the Lord Jesus Christ as their Messiah, and His sacrifice on the cross that cleanses them from their sin. So the Church is qualified not by ethnicity, but by faith. HRM adherents may want to ponder their position – why are the customs of the religious Jews somehow to be established as superior and required within a structure established by Christ, that doesn’t distinguish or divide believers based on heritage? God declared in Jeremiah 31 that the new covenant He would establish would NOT be according to the covenant of old.

The error in both replacement and displacement theology, is that they undermine the supernatural plan of a supernatural God, who has established a framework from the beginning to deal with His people and their sin, and His manner of reconciling them to Him. God’s covenant with Israel is everlasting, and the new covenant that establishes the Body of Christ is an eternal agreement that guarantees salvation. One does not replace, or displace the other according to God’s Word.