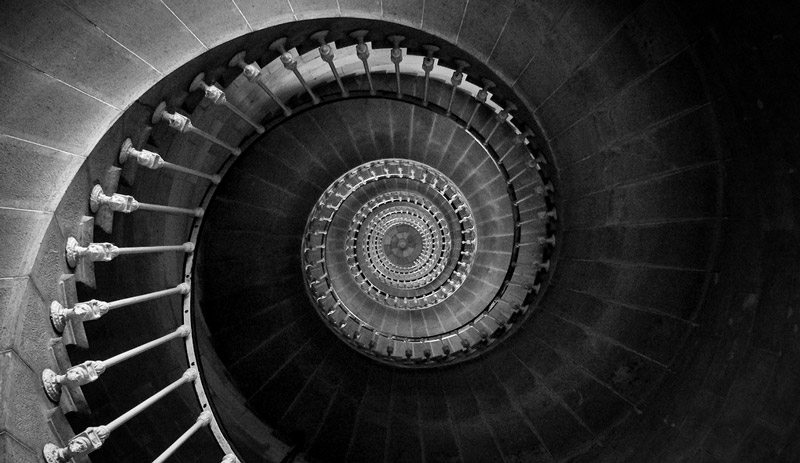 We at IDBHD have tried to follow the Hebrew Roots Movement (HRM) closely, and continue to hold its precepts against the light of scripture, as we should do in all things. In earlier articles, we explored the HRM foundationally and philosophically – but most importantly, scripturally. We won’t rehash what has been established there, or seek to redefine HRM and explain it. These exercises have been accomplished in previous articles. For a review of these pieces, please see our HRM topic page here: http://idontbuthedoes.com/category/hebrew-roots-movement/

Some time has passed since our last voyage into this realm; which has in turn provided a good vantage point from which to analyze the movement in its current state, versus where it was prior. The evolution that HRM has taken, in what amounts to a relatively short amount of time, is astounding. Its reach and influence has apparently grown substantially, and its adherents seem more galvanized than ever in their newfound belief system.

The most concerning evolution that HRM has experienced, is a bolder and more brazen proclamation that Jesus Christ is not divine, and is not God.

Social media, for better or worse, has become a great sounding board and recruitment tool for opinions and ideas, due to its instantaneous reach of potentially billions of people, without regard for geography and other constraints. HRM is no exception. It is from social media, where we can take the pulse, as it were, of what HRM followers and leaders alike believe, promote, and establish as doctrine. It is very difficult to establish 100% accurate doctrinal fact as presented by the HRM, since there is no central hub or fountainhead from which the movement disseminates its positions and teachings. Many different “flavors” and followings exist, splintered all over the world. So we’ll have to deal with what we have and observe what we can.

The most concerning evolution that HRM has experienced, is a bolder and more brazen proclamation that Jesus Christ is not divine, and is not God. This position has been suspected of by HRM watchdogs and skeptics, but has traditionally been carefully avoided and answered in ambiguous ways, as not to indict the HRM respondent. However, lately it seems that it is no longer necessary to be vague when addressing this issue, and HRM purity can be preserved while denying the divinity of Christ.

The following are some examples of what devout HRM adherents (who will not be named), have recently stated in various forums:

“The Messiah is the son OF God… not God THE son”

“It all comes down to the Torah. Thou shalt have no other gods, thou shalt not worship ANY image (Yeshua/Jesus is the image of the Almighty), the Almighty is not a man, but an invisible Spirit”

“You haven’t understood the word “god” if you believe messiah is Yahweh.”

This exercise could literally go on and on. The examples are too many to count. And while it may be tempting to write them off as anecdotal, remember that there is no established, agreed upon, foundational chief doctrine of the HRM of which we can compare against. The best we can do is observe a specific claim or teaching, and see its significance and adoption among HRM circles. And this position being promulgated, that Jesus is not God, certainly qualifies under that standard.

It is possible however, to establish links as to the roots of these positions within the HRM. Michael Rood is widely regarded as one of the leaders of the modern HRM, and his doctrines seem to serve as a source for many within the movement. Rood sprung out of the infamous assembly The Way International (TWI) in 1972, and was ordained as a pastor by TWI. TWI holds to a similar theology that Jehovah’s Witnesses are known for, in that “it denies the doctrine of Trinity, the deity of Jesus, the personhood and deity of the Holy Spirit, and salvation by grace” (SOURCE). To date, Rood has never disassociated himself from TWI or its doctrines.

Rood’s statement of faith, which was featured on his now defunct website michaelrood.com, but has been preserved here, states:

“We believe that Yahshua of Nazareth is the only begotten Son of the one true God, was born of a virgin, was anointed with the fullness of the Holy Spirit as the promised Messiah of Israel, died in place of all who break the covenant, was raised from the dead after three days and three nights in the grave, and received the Divine authority to judge and rule over heaven and earth.”

This is interesting, in that it completely dodges the question of Christ’s divinity altogether, and in fact seems to claim that divinity was somehow granted after His earthly ministry began by saying the He “received the Divine authority” – as if He wasn’t divine all along, and didn’t exist prior to His birth of the virgin Mary. This openly conflicts with the words of Christ Himself In John 8:58, where He states, “Most assuredly, I say to you, before Abraham was, I AM.”

“We believe that Yahshua is the Torah become flesh”

“We believe that all believers in Yahshua are called to become the body of Messiah through the keeping of the Torah.”

“We believe that the Torah is a gift of grace to every believer.”

These statements are ubiquitous boilerplate responses from any HRM follower, evident by anyone who has spent any time in conversation with them about their doctrines. They are also in conflict with the Word of God.

In our previous article, A Response to Hebrew Roots – Matthew 5:17-18, we explain using the original Greek text, the difference between the terms logos (λόγος) and nomos (νόμος). In John 1:14, the scripture states that Christ is the “Word (logos) made flesh”, which is the Divine Expression; not the “nomos” made flesh, which is ‘law’ or the equivalent to the Hebrew Torah. To claim that Christ is the Torah made flesh is unbiblical and a complete manipulation of the text.

Rood’s claim that followers of Christ are called to become the body through keeping the Torah, is another blatant lie that defies scriptural truth. Acts chapter 15 is dealing with the very issue of Christians (especially gentile Christians) keeping the Torah. In Acts 15:10 Peter states, “Now therefore, why do you test God by putting a yoke on the neck of the disciples which neither our fathers nor we were able to bear?” He goes on to say in verse 11, “But we believe that through the grace of the Lord Jesus Christ we shall be saved in the same manner as they”. These bold declarations by Peter at the Jerusalem Council clearly contradict Rood and the HRM’s contention that keeping the Torah, which is an impossible task anyway, is a prerequisite to “become the body of Messiah”.

Rood further establishes his self-anointed authority over the truth of scripture by claiming that the gift of grace to believers, is the Torah – not the blood of Christ. This claim is pure and utter heresy as evident by the Word of God, which establishes the grace of Christ as the ultimate gift – not the Torah:

But the free gift is not like the offense. For if by the one man’s offense many died, much more the grace of God and the gift by the grace of the one Man, Jesus Christ, abounded to many. And the gift is not like that which came through the one who sinned. For the judgment which came from one offense resulted in condemnation, but the free gift which came from many offenses resulted in justification. For if by the one man’s offense death reigned through the one, much more those who receive abundance of grace and of the gift of righteousness will reign in life through the One, Jesus Christ.) – Romans 5:15-17

For the wages of sin is death, but the gift of God is eternal life in Christ Jesus our Lord. – Romans 6:23

For by grace you have been saved through faith, and that not of yourselves; it is the gift of God, not of works, lest anyone should boast. – Ephesians 2:8-9

It is clear that in order for HRM doctrine to “work” in the mind of the follower, Christ must be rendered little more than a mortal man, not divine, and not existing from the foundation of the earth. This is because, to the HRM adherent, it is the works of the law that count one righteous unto the Lord, not by grace through faith in Jesus Christ. If Christ is divine, then the blood He shed on the cross actually meant something. And if His blood meant something, then attempting to try and bypass it by “earning” favor through the working of a law that no mortal can keep is foolishness and futility.

Once again, we see the common thread that surfaces among the false belief system of the HRM – pride. It is pride that drives one to believe that their feeble, mortal, and imperfect works are satisfactory to the Almighty Lord of hosts. It is this pride that attempts to steal away Christ’s divinity, and blasphemously insert oneself into His role as their own self-redeemer. If following the law earns one favor and righteousness, then what need is there for Christ? Once again, we see the fruit of the HRM tying directly back to the first lie ever told, spoken by the serpent in the Garden, who told Eve in Genesis 3:5 that if she ate of the fruit, “ye shall be as gods”. This lie has served as the ultimate foundation of every false and ungodly religious system ever devised. And the HRM is no exception.